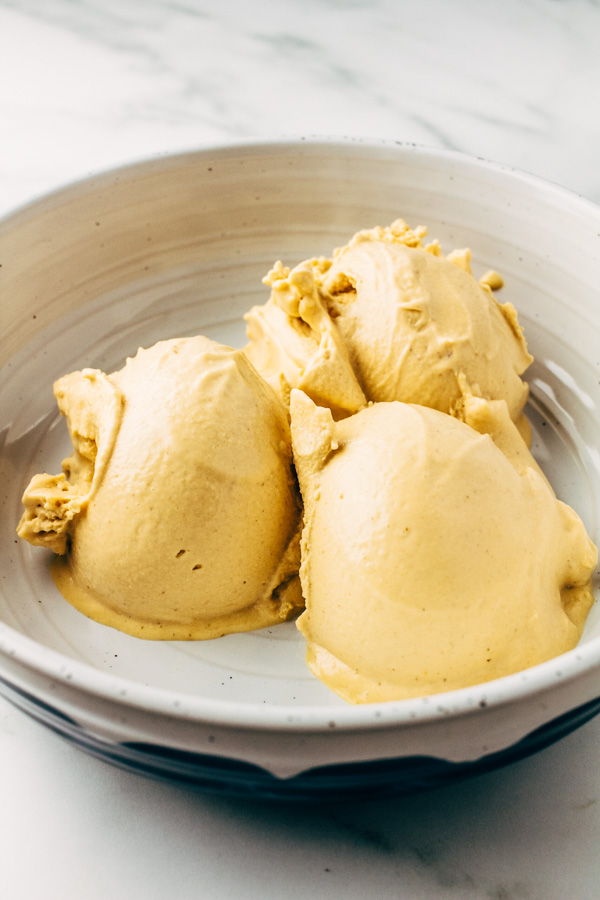 Calling ALL vegan ice cream lovers. This one is for you.

Wait, is this an ice cream recipe on a super-duper-healthy food blog that prides itself on being refined oil free and refined sugar free?! YESSSSS.

This papaya ice cream is refined oil free and refined sugar free, and it is still a very creamy, sweet and tasty ice cream. The secret sauce? Cashews, coconut milk (from a can), and dates. 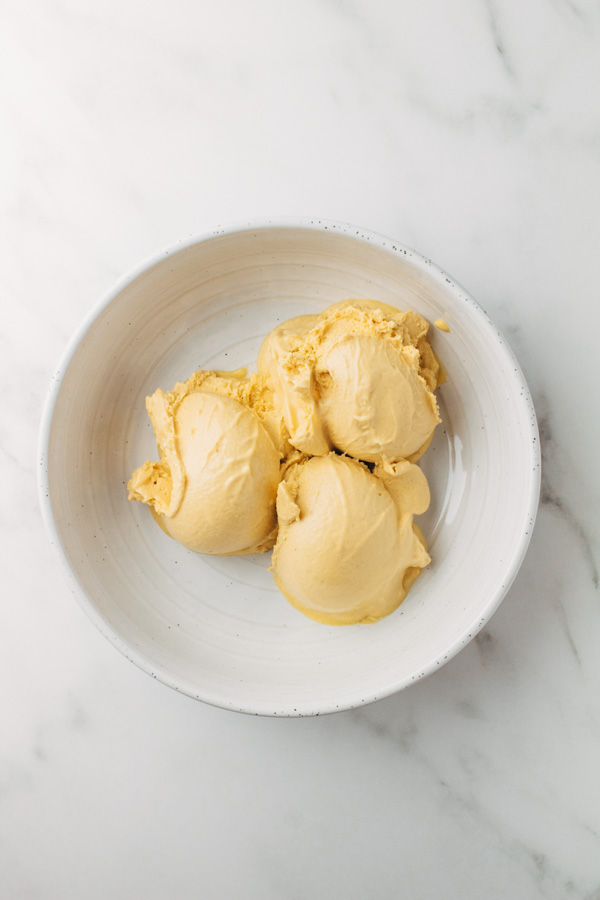 If you're new to veganism - you probably thought you'd never eat ice cream again. Or at least I did... until I learned that cashews are magical, coconut cream in a can makes everything creamy, and dates.. well dates are just nature's gift to mankind. 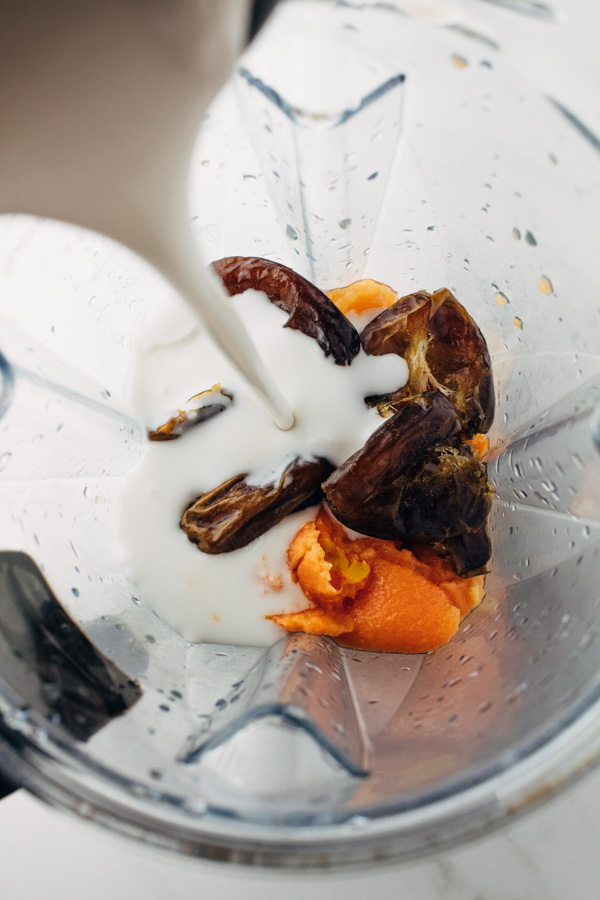 so... how complicated is this vegan papaya ice cream?

It's not complicated AT all! Just gather the ingredients, throw them in a blender and freeze .. or throw mixture into your ice cream maker and make ice cream!

An ice cream maker 'churns' the mixture (spins it while mixing it), in a really cold container. This helps prevent ice crystals from forming later on when you stick it in the freezer, and it also results in a creamier, thicker, more-like-ice cream texture. So, if you don't use one - yes, it'll be different but it's still tasty and creamy and cold and totally worth it. 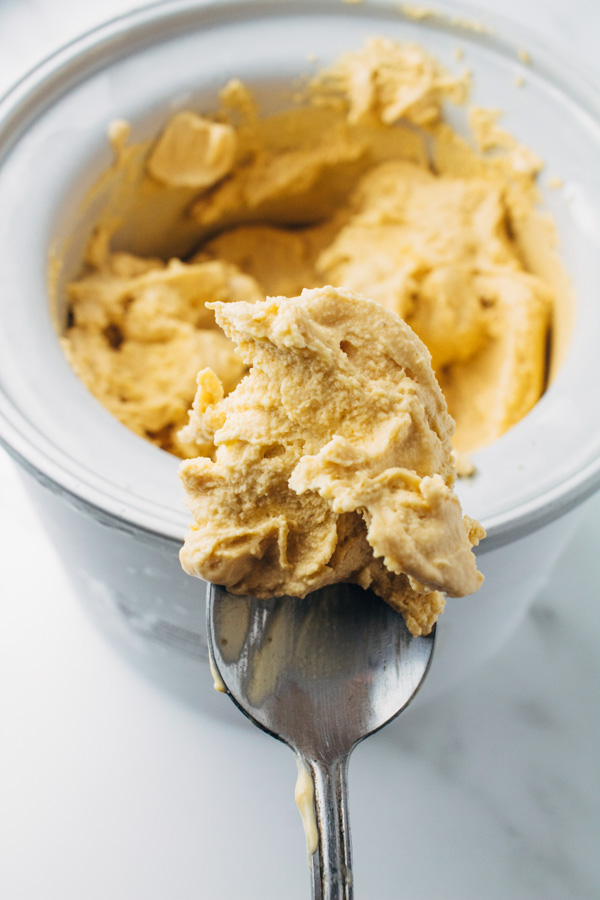 The Ice Cream Maker that I use is this one from Cuisinart. It's officially been one year since I have owned it, and it's been great. I've used it more times than I can count... and will continue to use it, especially after coming up with this vegan papaya ice cream recipe.

If ice cream makers scare you - they scared me for a while - I thought it would be too complicated to make homemade ice cream, but after going vegan and having no other option but to make my own ice cream - I gave in, and I'm glad that I did. It is $50 bucks on Amazon (at the time of posting this), but how much are you spending right now on store bought ice cream? Exactly! It's an investment. 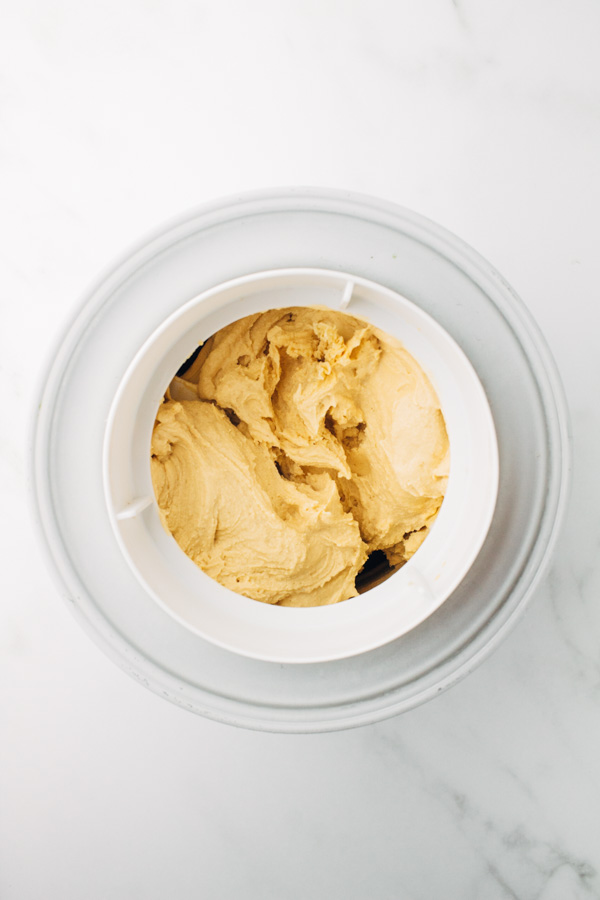 Papaya is a vibrantly colored tropical fruit that is sweet and sooo nutritious. It has loadsss of Vitamin C, which is really good for giving your immune system a boost. Papaya is also filled with fiber, and like I mentioned previously in this Mango Pineapple Smoothie post, regarding our inadequate fiber intake as a nation... it's great to be able to enjoy this sweet treat and know that your getting fiber in as well. 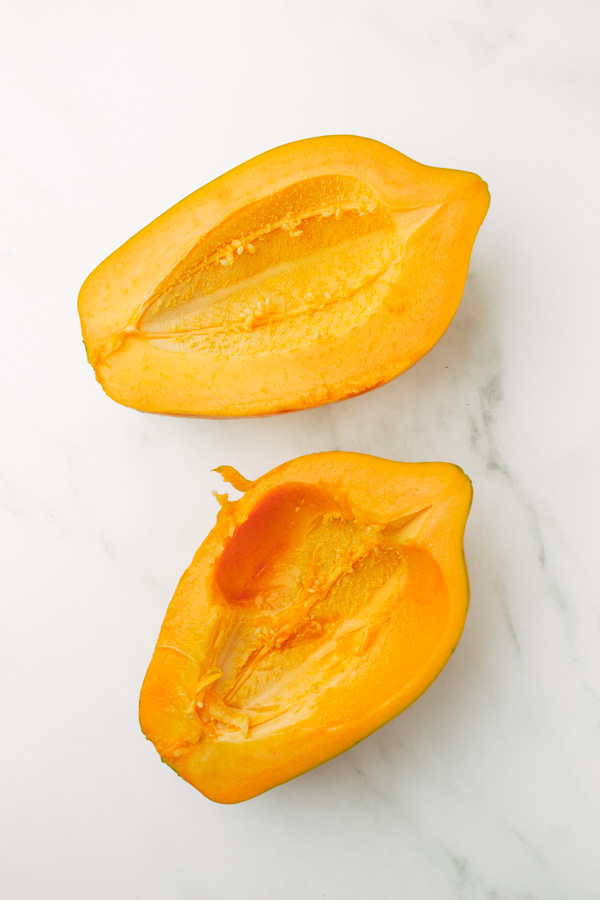 Ps. We grew this papaya at home! Isn't it beautiful?

Isn't that a precious color?! Papaya fruit makes for the most perfect pale colored ice cream. I say, it's the perfect way to welcome in Spring. And if it's still super freezing in your side of town - well, then make sure you save this recipe for later because you're going to want this in the summer. <3 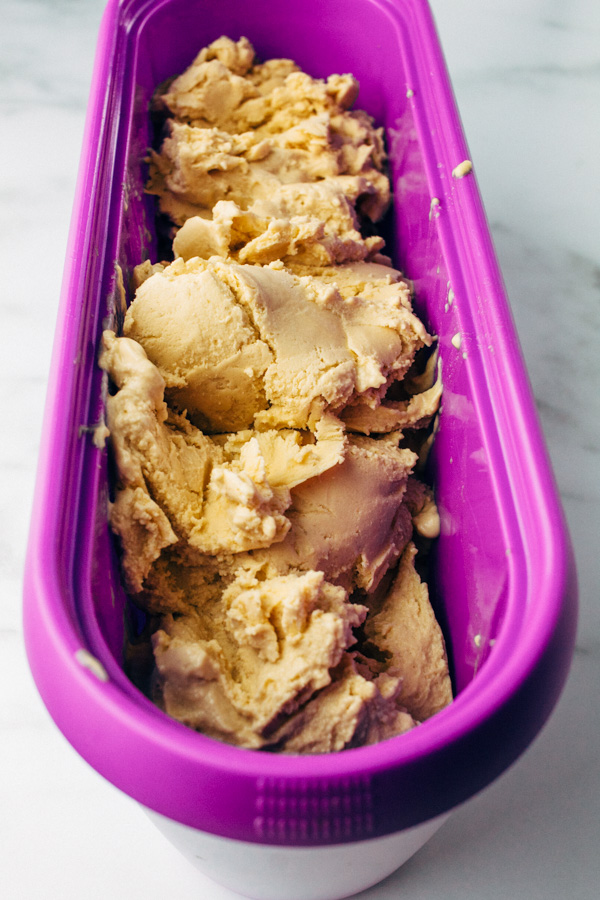 Now go grab some friends and tell them you're going to make the most amazing papaya ice cream because you are a vegan who doesn't just eat salads! 😛

Also make sure you check out this roundup we did of our favorite easy and simple homemade vegan healthy ice cream recipes!

In the mood for more dessert recipes?

You might also want to check out The Best Vegan Matcha Cake, Easy Raw Vegan Cake Pops, or these Chocolate-y Blender Brownies! 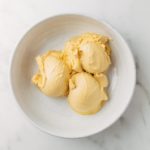 The creamiest vegan papaya ice cream that is oil free and refined sugar free. Only four ingredients required. This is a perfect non-dairy dessert for all the ice cream lovers.

Supplements are not FDA-approved, which doesn't me

This website uses cookies to improve your experience while you navigate through the website. Out of these, the cookies that are categorized as necessary are stored on your browser as they are essential for the working of basic functionalities of the website. We also use third-party cookies that help us analyze and understand how you use this website. These cookies will be stored in your browser only with your consent. You also have the option to opt-out of these cookies. But opting out of some of these cookies may affect your browsing experience.
Necessary Always Enabled
Necessary cookies are absolutely essential for the website to function properly. This category only includes cookies that ensures basic functionalities and security features of the website. These cookies do not store any personal information.
Non-necessary
Any cookies that may not be particularly necessary for the website to function and is used specifically to collect user personal data via analytics, ads, other embedded contents are termed as non-necessary cookies. It is mandatory to procure user consent prior to running these cookies on your website.
SAVE & ACCEPT
802 shares
Scroll To Top