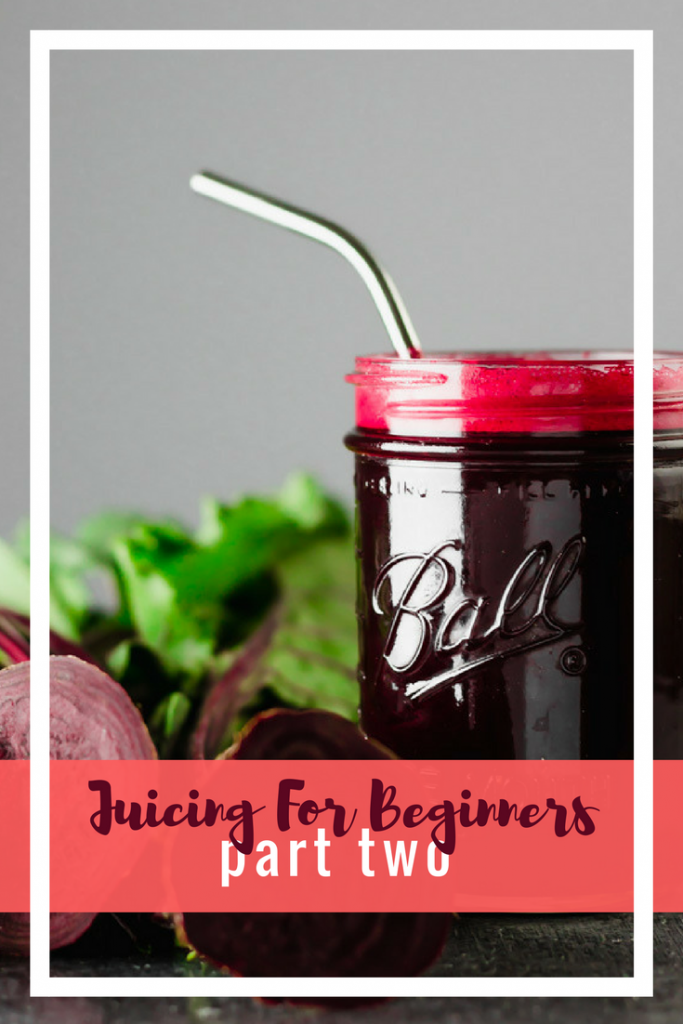 This is PART TWO of our 'juicing for beginners' series.

We're having loads of fun this week with all of the juicing that is going on in the Sprouting Zen Kitchen and over on Instagram at @sproutingzeneats  where a bunch of us are having a digital juicing party. We are challenging ourselves to drink one juice a day for five days! If you want to learn more about that, you can read this post: Five Day Juicing Challenge, and if you're not too late, you can even hop on over to Instagram and tag us with YOUR juice for the week. 🙂 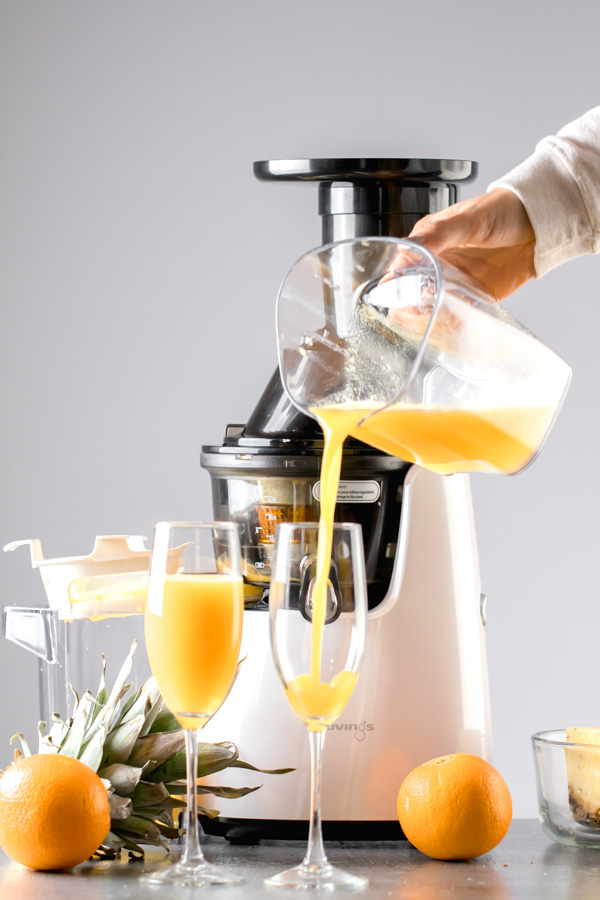 In Part One of this juicing series I talked a little bit about what juicing is, what it isn't, and why I like to include juices as part of my regular diet.

Today, in Part Two, I will be speaking about:

Differences between blending and juicing

Many people always wonder whether you can 'juice' in a blender. It's a very common question that I myself wondered at one point as well. But after 'juicing' in a blender for some time, I finally took the plunge and bought an actual juicer. Here are the differences between the two:

A blender uses up the entire fruit or vegetable and pulverizes it completely. This means that the final drink is going to be thicker, fuller, and contain more fiber and all of the pulp of said veggies and fruits because nothing is removed in the blending process. This is great for drinks such as smoothies and shakes.

A juicer, on the other hand, extracts the actual juice from vegetables and fruits and removes the pulp completely. This leaves you with a drink that is silky smooth and easy to drink.

There are benefits to each one of these of course. If your goal is to increase your fiber intake or feel fuller after your drink, you will probably achieve that best using a blender.

However, if you are a picky drinker and don't like slurping on fiber and pulp, a juicer will take care of that problem for you. But keep in mind, that when you use a juicer, you are eliminating a lot of the fiber from that fruit / veggie. This means you probably won't feel as full and you are missing out on healthy fiber that helps with things such as regulating digestion and controlling blood sugar.

As you can see, there are pros and cons to each method. And I don't necessarily think that one is better than the other. Each has their own purpose and both have added benefits. 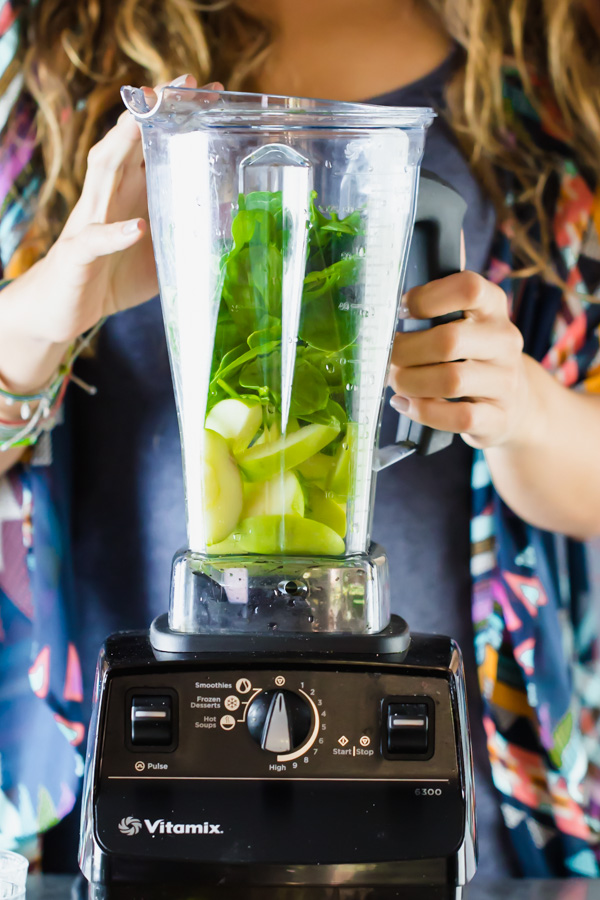 what if i just want to get in some greens

Now, for the purposes of 'juicing' - if your goal is to increase your fruit and veggie intake because perhaps you aren't eating enough greens or whatever the reasons is... but all you've got is a blender.... then yes of course, you CAN use a blender to make some fruit and veggie 'juices'. Again, keeping in mind that the consistency, texture, AND flavor/taste will be different than if you were to use a juicer. But it can still get the job done.

Always do some research before hand as to what fruits and vegetables will work better for blender juices. Some that come to mind that can easily be juiced in a blender are spinach, arugula, apples, pineapples (peeled), and kale. More fibrous fruits and veggies such as oranges and celery, and harder veggies such as beets, are probably better juiced using a juicer.

Of course all of this also depends on what blender you have. A stronger, more powerful blender will give you a better result than a smaller, less powerful one. I use a vitamix blender (affiliate link) and that is what I am basing this information on. You can even learn how to make homemade juice using a vitamix on their website, and they also have a ton of blender juice recipes on there. 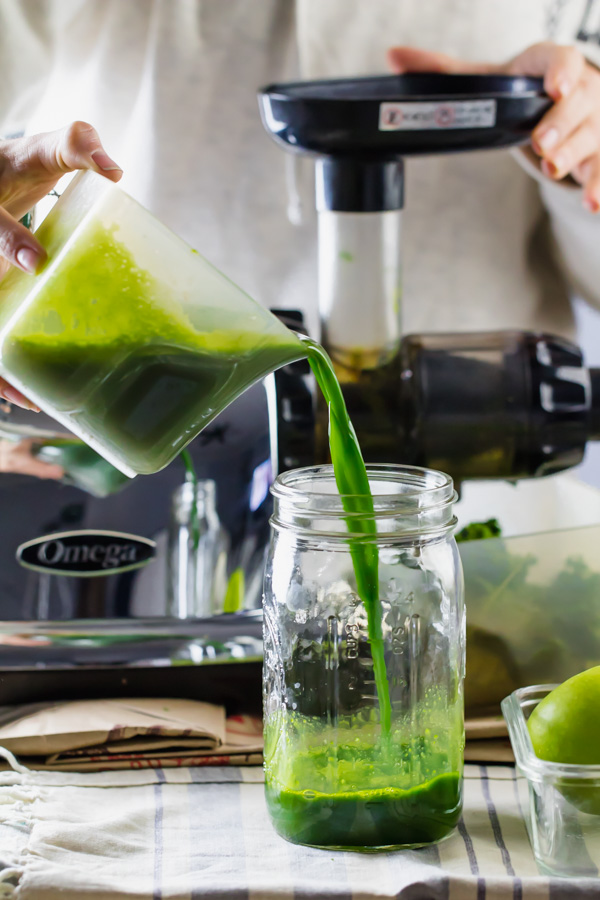 Difference between juicers: Centrifugal vs cold-pressed/masticating

Okay, now that we have sorted out the information between blenders and juicers... let's talk about the difference between juicers themselves!

There are probably many many types of juicers out there but the two most common types and the ones that I am personally familiar with are centrifugal and cold-pressed (also known as masticating, or slow juicers). These are the keywords that you want to look out for when making a juicer purchase.

One of the most common types of juicer is a centrifugal juicer. Just as its name suggests, this type of juicer uses a high force created by a fast spinning blade to separate the juice from the pulp.

Another con that I have found with this type of juicer is that it is not very effective for softer greens such as arugula and spinach. In my experience, the juice yield is veryyyy low when juicing soft greens in this type of juicer. 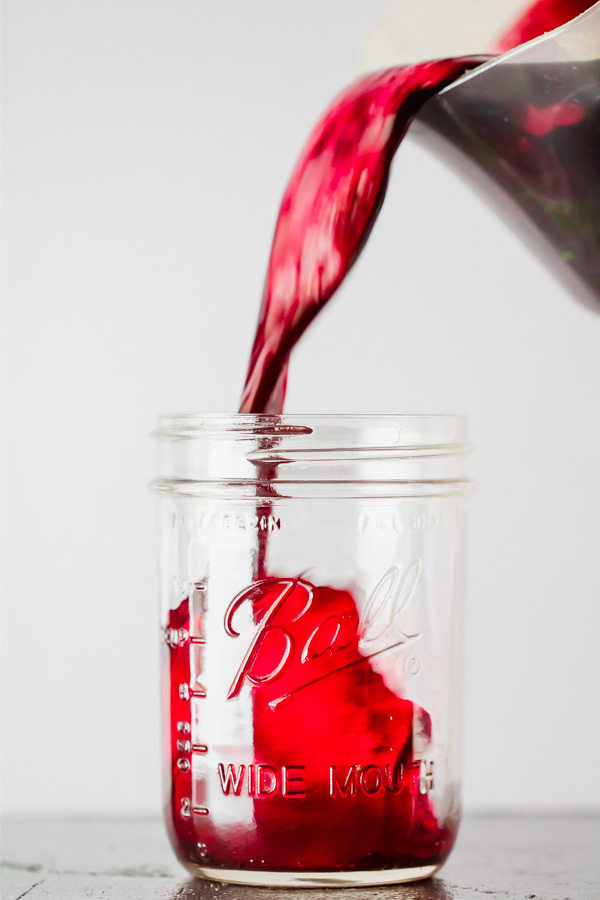 A good centrifugal juicer that I own

A good centrifugal juicer that I own is the Breville Juice Fountain Plus , (affiliate link). It is a great beginner juicer and will get the job done. It is heavy duty, high quality, sturdy, and for the most part makes really good juice and leaves you with mostly dry pulp.

It is also one of the more affordable models (under $120 bucks on Amazon as of the date this post is written). A big con is that it is mostly made of plastic, however they do state that all the parts that come into contact with food are BPA free. Unfortunately, most juicers that I have found have mostly plastic parts but it is good to know that this brand is BPA free.

Moving on to cold-press juicers, or masticating juicers as they are frequently called as well ... these are relatively new juicers out in the market and they aim to fix the "heat" issue of the centrifugal juicers.

Of course there are also a few cons: 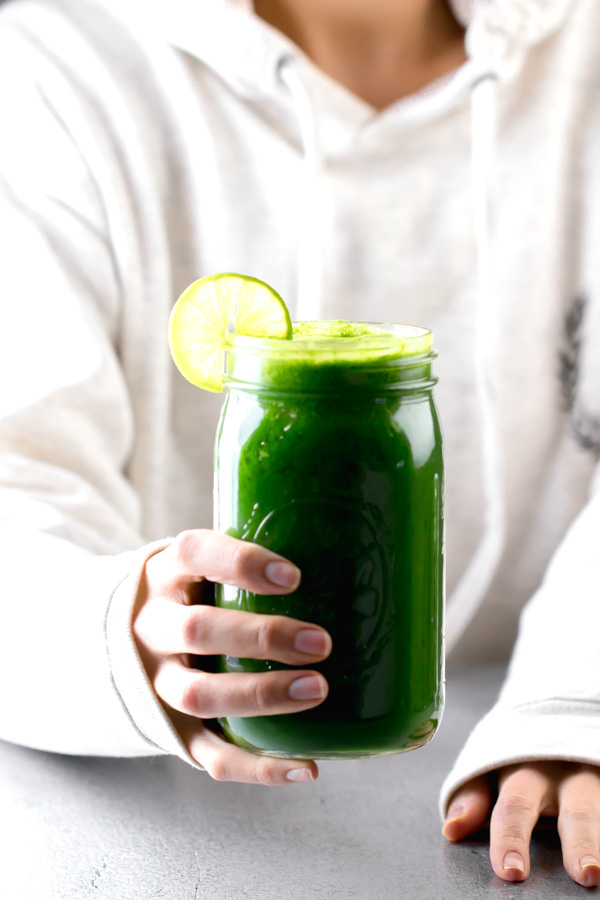 The cold-press juicer that I own...

The cold-press juicer that I currently own and have used for almost two years now is the Omega Juicer (affiliate link). I really like this juicer and it has gotten the job done for me.

One of the greatest perks of using this juicer over my Breville, is the efficiency of juicing soft greens such as arugula and spinach. The Omega juicer by far supersedes the Breville in this aspect. So if juicing mostly greens is something that you want to do, that is something to keep in mind.

The con of course is the price you pay. It is almost double the price of the Breville. But the advantages make up for the price difference in my case. They also have really good customer support and warranty. One time I had a piece break off and after one phone call and an email with a picture to prove the damage, they sent me a replacement part right away. 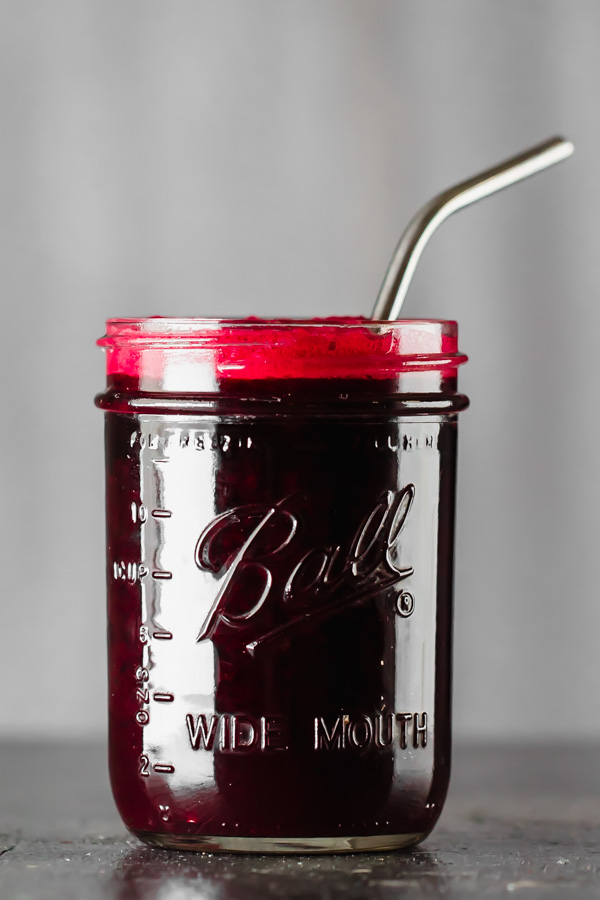 Some things to note -

The prices vary depending on the color of juicer that you choose. I know, crazy. But I'm letting you know so that you keep an eye out for that. On Amazon, the 'chrome color' is $258, but the silver and all other colors are $299. Save a buck by choosing Chrome 😉

Also, while doing research for this article, I found mixed reviews as to whether this specific model that I mention is BPA free. Some say it is. Other says it is not. The only factual information that I could find was on actual product page in the Omega website, a customer asked whether it was bpa free or not, and the response from OMEGAMB (customer support) stated that yes, it is BPA free. But again, if this is something that is superrr important to you, make sure to give them a call directly and get a more concrete answer.

Another new cold-press juicer in the market

If you follow me on Instagram, then you might know that I recently won a juicer off of an Instagram giveaway that a juicing company was hosting. This juicer is called the Kuvings Slow Juicer and I justttt used it for the first time this week. 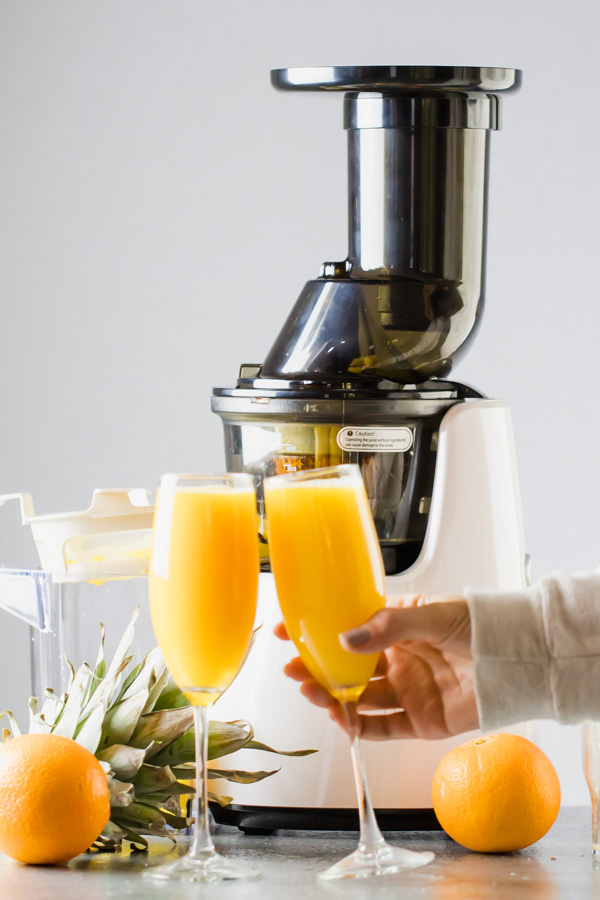 It looks very promising and I realllllyyy like it. However, I will save my review for a different time. I want to make sure that I use it a few times, and try out a few of its features before I give you guys my final verdict. 😉

Now that you (hopefully) have a better understanding about blending and juicing and cold pressed and masticating and ahhhh so many terms. I know. It's a lot of information.

But you're trying to learn. And that is what is important.

Don't get so caught up on the terms. Do some research and then choose which ever one works best for YOUR needs.

Some questions that you can ask yourself before choosing a juicer...

All right friends, that's all for PART TWO of our 'Juicing For Beginners' Series. Remember to check out Part One  and Part Three . 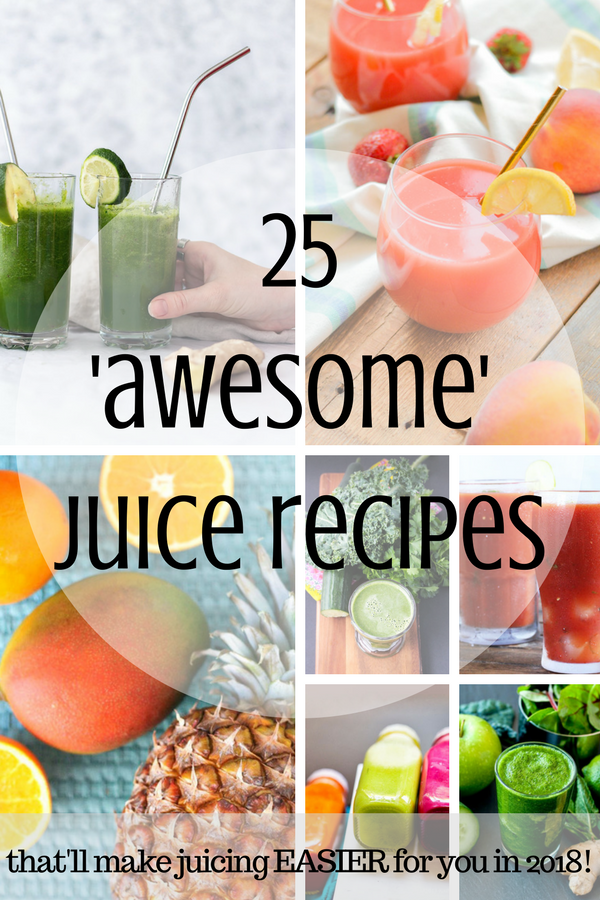 This website uses cookies to improve your experience while you navigate through the website. Out of these, the cookies that are categorized as necessary are stored on your browser as they are essential for the working of basic functionalities of the website. We also use third-party cookies that help us analyze and understand how you use this website. These cookies will be stored in your browser only with your consent. You also have the option to opt-out of these cookies. But opting out of some of these cookies may affect your browsing experience.
Necessary Always Enabled
Necessary cookies are absolutely essential for the website to function properly. This category only includes cookies that ensures basic functionalities and security features of the website. These cookies do not store any personal information.
Non-necessary
Any cookies that may not be particularly necessary for the website to function and is used specifically to collect user personal data via analytics, ads, other embedded contents are termed as non-necessary cookies. It is mandatory to procure user consent prior to running these cookies on your website.
SAVE & ACCEPT
0 shares
Scroll To Top