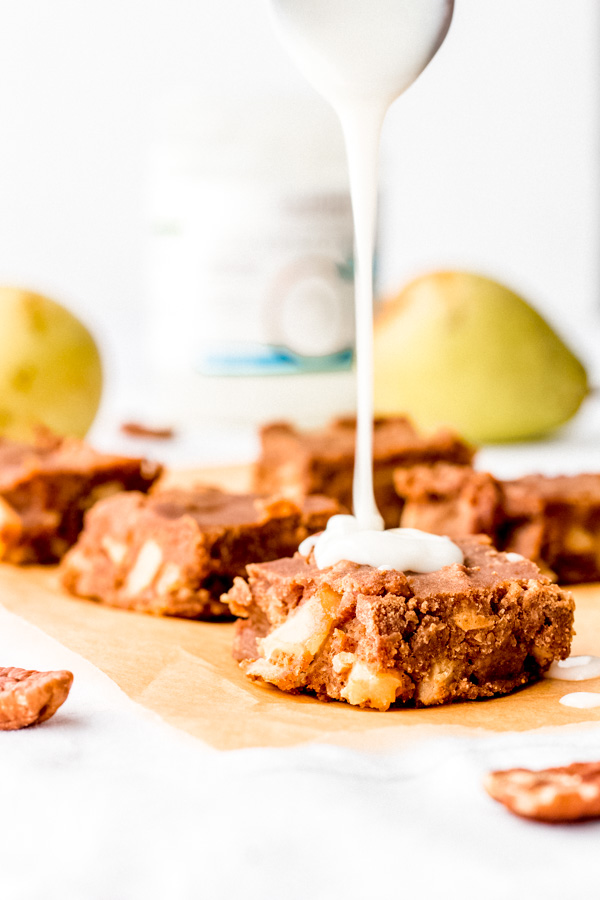 I've never been a huge fan of pears...

but pears?! No thank you. 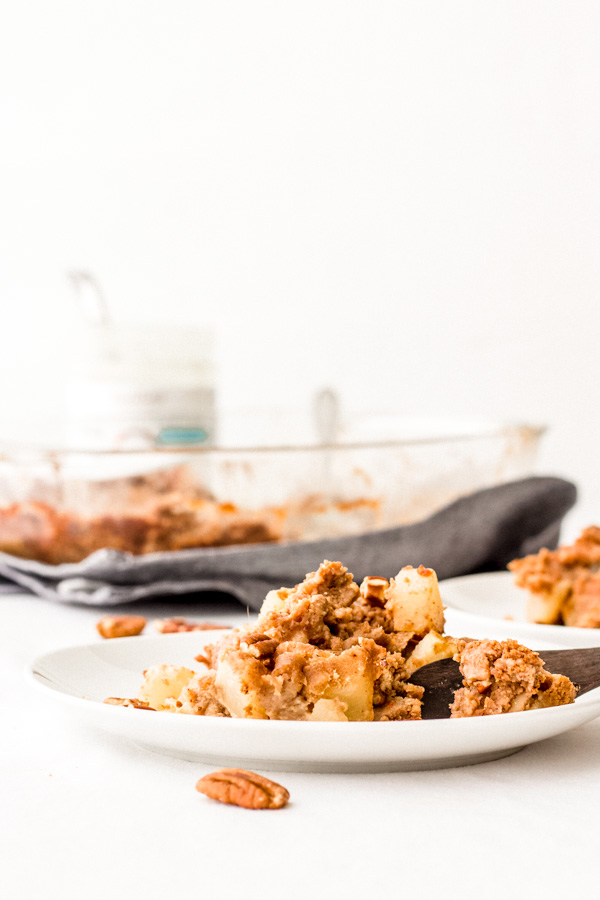 That is until recently however, because I am officially addicted to this vegan cinnamon pear pudding with cardamom caramel on top.

And I don't mean pudding as in, that creamy pudding-in-a-cup thing. This is more of a bread pudding, pudding.

But without the bread of course.

It's like a baked apple crisp, but with pears instead. 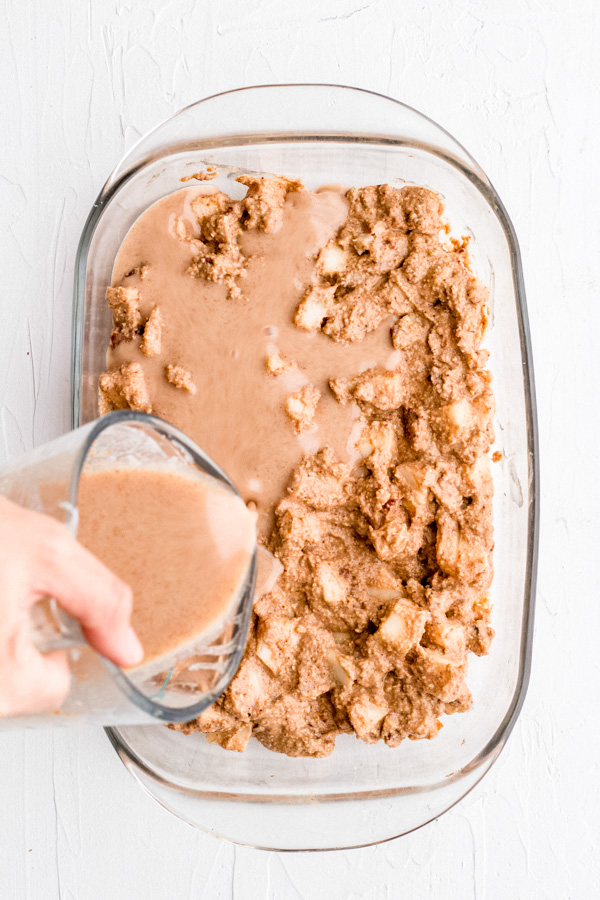 The inspiration for this recipe came about because I had a bag of pairs that I bought at Trader Joe's, (and had promised future husband that I *would* eat them this time) so I had to come up with a tasty way to enjoy all these pears - so pear pudding it was.

This recipe was to go out during this past fall but life happened and it kept getting pushed back and here we are almost mid-February and I'm posting cinnamon and cardamom recipes because I don't think these flavors EVER go out of style. 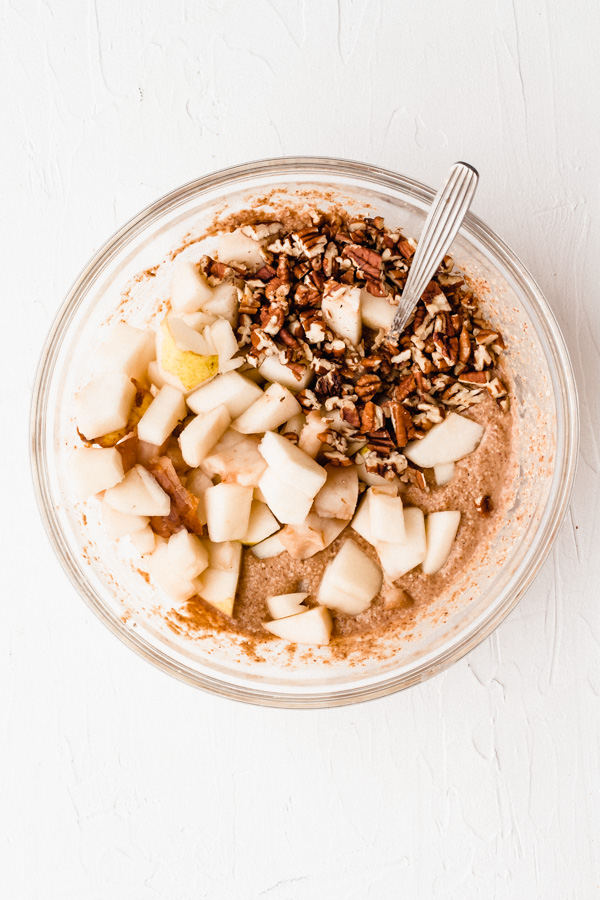 Plus, d' anjou pears are in season right now and I think these are the perfect type of pears for this vegan pear pudding.

I have tried this dessert with Bartlett pears, and even though I truly do love eating those fresh, they were not AS soft as d' anjou pears after baking.

Based on my internet research, d' anjou pears are thought of as the best pear for baked goods - and my experimentation proved that to be true.

The baked pears were soft and sweet (very similar to baked apples). 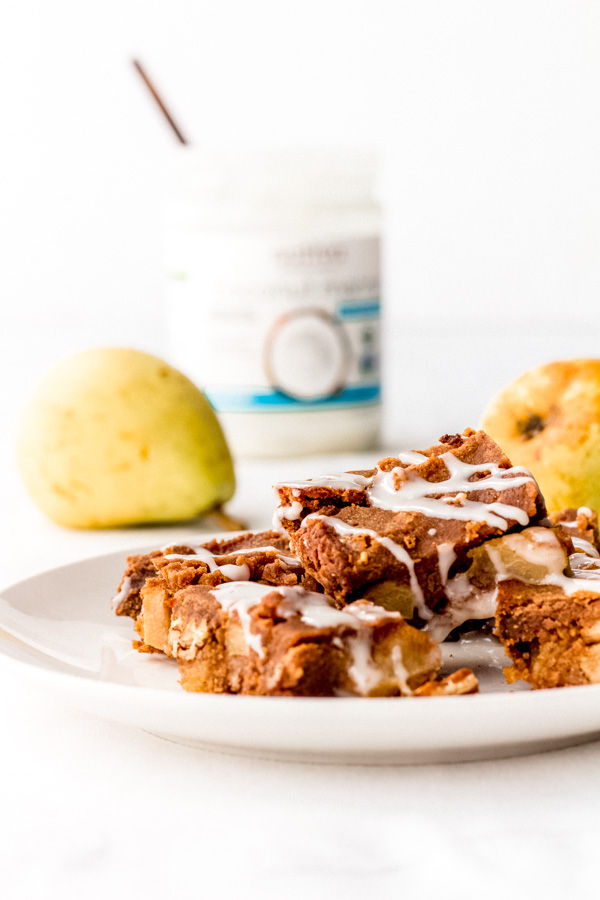 On day one, freshly baked, the pear pudding is soft, crumbly and more 'crisp-like' consistency (and honestly, my favorite way to eat this).

On the second day after being in the fridge for a few hours - the pudding becomes more solid and is better served in squares or bar shape pieces.

The taste is not affected but the consistency is so keep that in mind.

I show pictures of both consistencies so that you have an idea of what i mean... on the 2nd day I like to cut up the pudding into squares (or bars) and serve them that way instead. 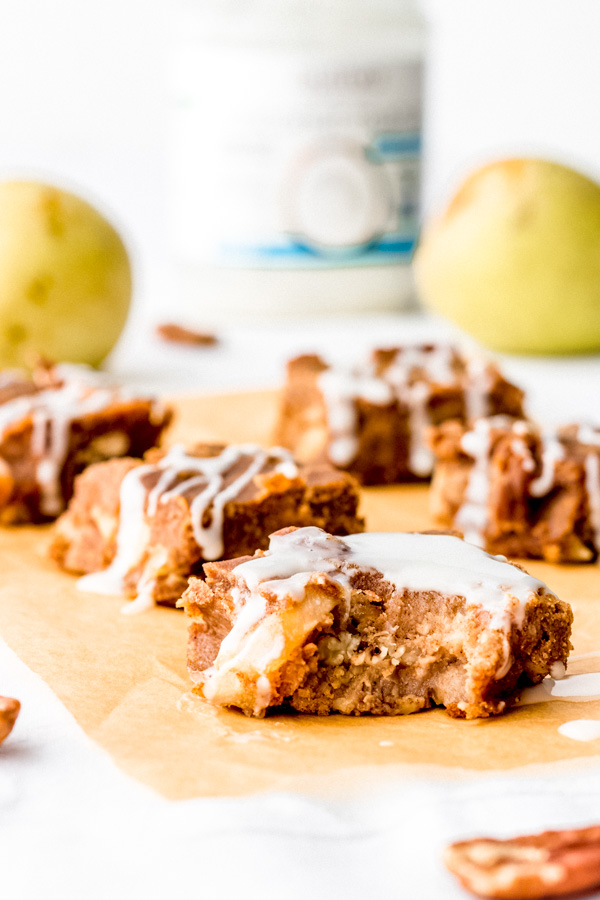 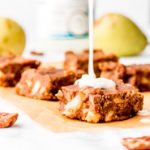 for the cardamom caramel:

This website uses cookies to improve your experience while you navigate through the website. Out of these, the cookies that are categorized as necessary are stored on your browser as they are essential for the working of basic functionalities of the website. We also use third-party cookies that help us analyze and understand how you use this website. These cookies will be stored in your browser only with your consent. You also have the option to opt-out of these cookies. But opting out of some of these cookies may affect your browsing experience.
Necessary Always Enabled
Necessary cookies are absolutely essential for the website to function properly. This category only includes cookies that ensures basic functionalities and security features of the website. These cookies do not store any personal information.
Non-necessary
Any cookies that may not be particularly necessary for the website to function and is used specifically to collect user personal data via analytics, ads, other embedded contents are termed as non-necessary cookies. It is mandatory to procure user consent prior to running these cookies on your website.
SAVE & ACCEPT
100 shares
Scroll To Top